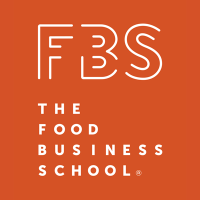 Liberation Distribution, which is based in in San Jose, California and was founded by Cheryl Durzy, a 20-year wine industry veteran, officially launched earlier this month when it made its first sale to a Willow Glen sports bar called Over Under.

Calling itself a ?web-based distribution platform,? Liberation Distribution helps alcohol beverage makers secure placements at on- and off-premise retail locations, promises to accept lower margins, and guarantees that it will not enforce franchise laws that would ordinarily lock producers into nearly unbreakable lifetime contracts.

So how are they doing it?

For starters, the company, which Durzy?said is already licensed to sell and distribute alcoholic beverages in California and New York, does not warehouse any inventory, own any trucks or make any deliveries.

The catch? Alcohol producers are responsible for delivering the product themselves or securing warehousing and delivery services through a third party.

That piece of the distribution puzzle is, of course, one of the most difficult components of alcohol distribution and a major reason why most brewers, winemakers and distillers opt for higher-cost and more restrictive agreements with transportation-minded distributors.

?Traditional distribution is failing the small suppliers,? she told Brewbound. ?Consolidation is hurting the industry at the small and mid-size level, and that is the growing side of the business ? people want products from smaller craft producers.?Nevertheless, Durzy?? who points to years of consolidation within the middle tier and an increasing number of craft breweries and distilleries flooding the marketplace ? feels the current three-tier system is prime for disruption.

She?s betting that a consumer desire for more niche, small-batch offerings, coupled with dwindling opportunities for brewers and distillers, will enable LibDib to ink agreements with all types of alcohol makers.

?Retailers I have been talking to are really excited about LibDib because traditional wholesalers are pushing commoditized items,? she said.

First conceived in mid-2016, LibDib has raised more than $1 million from family and friends and expects to have enough operating capital, even without generating profits, to remain active through the end of 2017.

The company is also planning to launch its services in eight additional markets, including Massachusetts and the Pacific Northwest, before the end of the year. Durzy?said she would consider embarking on a Series A funding round as a way to scale the business more quickly.

In theory, here?s how LibDib will work:

?The alcohol distribution market hasn?t changed for more than 80 years and is ripe for innovation,? LibDib CTO Richard Brashears said via a press release. ?Just as the hotel and transportation industries have evolved with two-sided web and mobile platforms, LibDib has used technology to change the distribution process and make it easier, more cost effective and more efficient than ever before.?

The big question, however, is whether LibDib will be able to generate enough awareness and become a viable distribution solution for alcohol beverage producers.

When asked how the company plans to promote its platform to retailers, especially without sales reps who are tasked with visiting accounts on a daily basis, Durzy?said she plans to establish partnerships with retail and restaurant associations and launch ?traditional marketing? like other tech companies.

?Push marketing will be happening on a daily basis,? she said.